With any form of substance abuse, a gradual lack of control becomes a sure indicator that a problem exists. Alcohol abuse is no different. The effects of addictive substances on the brain will inevitably cloud a person’s awareness and sense of judgement over time.

Ongoing alcohol abuse impairs the brain on a physical level and eventually begins to warp the regions that regulate a person’s psychological and emotional well-being. In effect, alcohol creates a false sense of control that ultimately becomes part of the problem. Without needed treatment help, continued alcohol abuse only strengthens a person’s resolve and commitment towards drinking.

Feeling Normal vs. Being Under the Influence

At any given time, the brain works towards maintaining a state of equilibrium within its chemical system. Equilibrium promotes feelings of normalcy on both a physical and psychological level. Once alcohol abuse enters the equation, the brain’s ability to maintain this state becomes compromised.

By the time a person enters into a regular pattern of alcohol abuse, being under the influence starts to feel normal. This sense of normalcy that alcohol brings enables drinkers to feel: 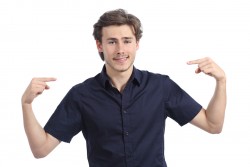 When alcohol abuse becomes the norm, it creates a false sense of confidence and control.

Before long, being sober starts to feel more and more abnormal and uncomfortable which only works to fuel drinking behaviors.

Over time, these interactions have lasting effects that gradually reconfigure the brain’s chemical pathways. These changes account for the gradual shift drinkers experience in terms of feeling normal while under the influence versus feeling abnormal when sober.

Alcohol’s ongoing effects on the brain’s chemical makeup inevitably start to impact how individual centers within the brain function. The potential for addiction increases as alcohol’s effects start to influence the brain’s reward system activities. This center plays a central role in defining:

According to Ohio State University, once alcohol’s effects start to influence the reward system, a person’s sense of control over his or her world becomes intricately linked with drinking. At this point, addiction has a firm hold on a person’s life.

Am I Using Alcohol to Cope with Everyday Life? – Signs of Alcohol Abuse to Watch Out for

The Need for Treatment

More often than not, long-time drinkers believe they can stop or control their drinking at will. Even after multiple failed attempts at abstinence, an alcoholic still maintains this belief. In effect, this sense of control develops out of alcohol abuse as the substance takes over the brain’s chemical system. Without needed treatment help, this cycle will continue on indefinitely, and it will destroy a person’s quality of life in the process.

If you or someone you know struggles with alcohol abuse and have more questions, or need help locating treatment programs in your area, please feel free to call our toll-free helpline at to speak with one of our addiction specialists.