Am I Using Alcohol to Cope with Everyday Life? – Signs of Alcohol Abuse to Watch Out for

Unlike other types of addictive substances, alcohol has a strong foothold within American culture in terms of its use within traditional ceremonies, such as weddings and celebrations. Alcohol also holds a place as a common indulgence at mealtimes. Couple these factors with its easy availability and access and someone susceptible to alcohol abuse fights a losing battle over time.

What starts out as an occasional drink can quickly turn into an everyday thing when the effects of alcohol abuse start to take hold. Consequently, someone using alcohol to cope with everyday life may not even realize it due to its ready acceptance within daily life. Being able to spot signs of alcohol abuse early on can help keep you from entering into a cycle of behavior that ultimately takes over every area of your life.

Alcohol acts as a depressant agent, slowing down chemical activities in the brain through its effects on brain electrical activity. Upon entering the brain, alcohol targets the cells that produce GABA and glutamate, essential neurotransmitter chemicals responsible for regulating cell activity and the brain’s overall electrical activity, according to American Family Physician. 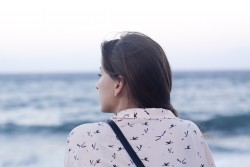 Having a psychological dependency on alcohol makes you feel like you need to drink to get through each day.

Considering how brain cell functions manage the body’s processes, alterations in chemical output can have grave effects on a person’s physical and psychological well-being.

With alcohol abuse, alcohol’s effects have essentially incapacitated brain cell roles making them increasingly dependent on alcohol’s effects to produce needed neurotransmitter supplies. In the process, the brain’s tolerance for alcohol continues to rise so a person has to drink increasingly larger amounts to experience the same effects.

Signs of Alcohol Abuse to Watch Out for

Frequent drinking forms the basis for two conditions to take shape: physical dependency and psychological dependency. In the absence of “needed” amounts, the brain can no longer regulate bodily functions as normal, at which point withdrawal episodes start to occur on an increasingly frequent basis, according to the National Institute on Alcohol Abuse & Alcoholism. Withdrawal effects mark the first sign of a growing physical dependency.

Symptoms of withdrawal include:

Psychological dependency, the second condition brought on by alcohol abuse, develops out of alcohol’s effects on a person’s mindset in terms of the things he or she prioritizes and devotes time and energy to on a day-to-day basis. This condition takes shape as chemical imbalances in the brain start to impair areas that regulate learning, emotions and behavior.

Without needed treatment help, both the body and mind become increasingly dependent on alcohol’s effects over time. These conditions not only work to promote continued alcohol abuse, but cause widespread damage to a person’s physical and psychological health.

If you or someone you know struggles with alcohol abuse-type behaviors and have further questions, please feel free to call our toll-free helpline at 800-598-5053 (Who Answers?) to speak with one of our addictions specialists.